Osteopathy is a “whole body” system of manual medicine. Osteopaths are federally registered primary health care practitioners who have completed five years university study to become registered. The guiding principles of osteopathy are that the body is an interrelated unit of structure and function and that the body has a self regulating mechanism’s which maintains optimal health. Osteopathic treatment aims to restore normal alignment and movement to assist the body’s self regulating mechanisms return the body back to a normal state of health.

Osteopathy – a philosophy of health

Osteopathy can be described as an integration of science, philosophy and art. To best understand what makes an Osteopath distinct from other healthcare practitioners, we must look at the history of Osteopathy and its founder Dr Andre Taylor Still and most importantly at the philosophical thinking behind osteopathy.“My objective is to make the Osteopath a philosopher,and place him on the rock of reason”.

Dr Andre Taylor Still lived from 1828 to 1917.  He was born in Virginia the son of a farmer and minister whose footsteps he followed in.  His medical life began when his family moved to Kansas where his father was a missionary and medical practitioner to the Shawnee Indians.  It was during this time that Dr Still’s interest in the natural world grew and led him to undertake an in-depth study of the human body.  Initially, Dr Still learnt skills from his father and then as his interest in medicine grew, he began a self-directed study into anatomy and physiology eventually becoming a licensed physician and surgeon. 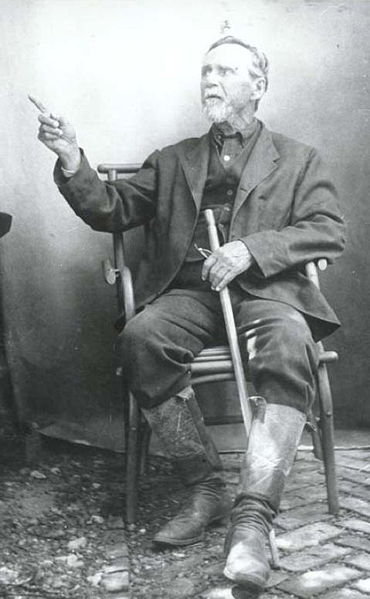 In 1874, Dr Still “flung the Osteopathic banner to the breeze”  The name Osteopathy he devised from the formation of two words; osteon – bone, and pathos – to suffer.  “I reasoned that the bone (osteon) was the starting point from which I was to ascertain the cause of pathological conditions”  He was also wanted to position Osteopathic medicine alongside other notable medical practices of the day including Homeopathy and Allopathic medicine.

The principles of Osteopathy developed out of Dr Still’s in-depth knowledge of human anatomy and his reverence for the perfect design of our body’s architecture.  He believed that disease was a distortion of the normal function of the body and that the function was interfered with when the structural integrity of the body was restricted or disturbed in some way.  And that the state of disease was composed of two elements.  The abnormal state into which the body has been forced, and the reaction of the body to that state.  The first state is the mechanical, chemical or nervous cause of the disease and the second is the disease process itself

He further elucidated that removing disturbances to the structural integrity of the body would allow the body’s self-regulatory mechanisms to restore health.  Dr Still did not limit his thinking to just the physical nature of the human being. He also considered the spirit as an integral part of the human being and maintenance of health.

Dr Still based his philosophy and method of practice on the fundamentals of medical science that being anatomy and physiology.  When asked rhetorically what is osteopathy Dr Still said “It is Anatomy first, last and always” To this he added that theory needed to have a pragmatic emphasis.  “A knowledge of anatomy is only dead weight if we do not know how to apply that knowledge with successful skill”  In practical terms Dr Still applied his medical approach using hands-on techniques and became known as “The Lightning Bone Setter”.  By applying his knowledge of anatomy and physiology Dr Still developed a treatment modality that used the musculoskeletal system as a vehicle to access the functional components of the body.  It was this keen knowledge coupled with skilful hands that defined an osteopath.  Dr Still was recognised as a medical practitioner who found a link between anatomical structures and physiologic activity and used this relationship through skilful manual techniques to promote a physiological response in the body.  Therefore expanding the standard accepted practices of drug therapy and surgery to include manual technique as a way of treatment.

Get In Touch Today